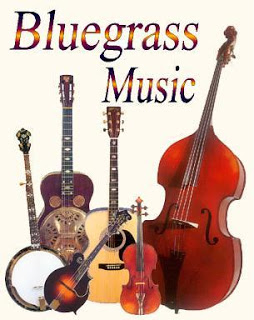 The Bluegrass Group Class will resume in September.

This will be for anybody who plays or wants to play bluegrass and wants to improve their picking, chording and soloing.

The class will meet on Fridays from 7-9pm here in Granby.

Bluegrass music is a form of American roots music named after Kentucky mandolin player and songwriter Bill Monroe's band, the Bluegrass Boys 1939-96, and furthered by musicians who played with him, including 5-string banjo player Earl Scruggs and guitarist Lester Flatt, or who simply admired the high-energy instrumental and vocal music Monroe's group created, and carried it on into new bands, some of which created subgenres. Bluegrass is influenced by the music of Appalachia and other styles, including gospel and jazz. Appalachian music itself has mixed roots in Irish, Scottish and English traditional music, and was also later influenced by the music of African-Americans through incorporation of jazz and blues elements.