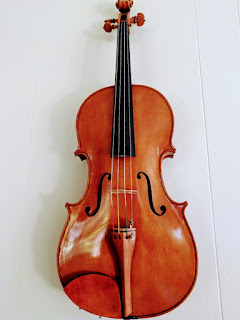 This viola is one of a kind.  It was made in 1985 by Richard Cartwright, born 1920 Boston, worked in Northampton, Massachusetts USA. Learned from F. Haenel and M. Cornelissen from 1948. Turned professional in 1978, building violins, violas and cellos in Northampton. Earliest work focused on viols. Later used Stradivari and Guarneri violin models. Spirit varnish up to 1983 but subsequently adopted a commercial terpene varnish. 12 violins, 22 violas on the model of Cornelissen, six Montagnana pattern cellos, and 10 viols. The viola was made for a musician that needed a large-size viola.  Unfortunately, the musician never picked up the instrument, so it was stored in Mr. Cartwright's shop until I bought it from him in 1986 when I was playing with the Pioneer Valley Symphony Orchestra. 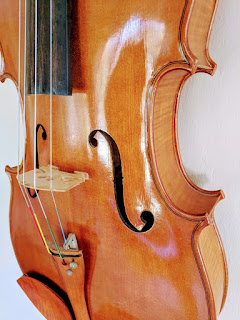 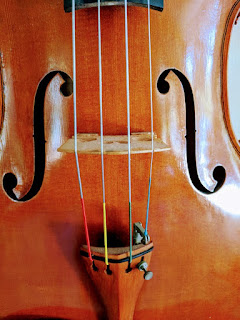 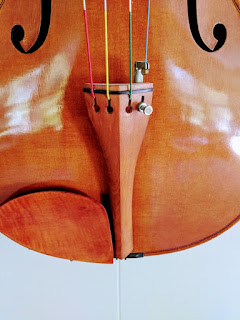 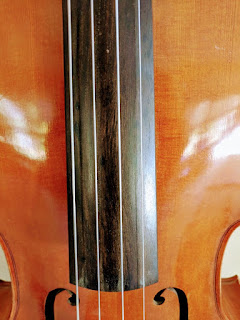 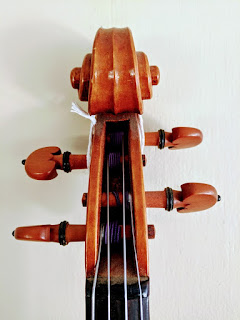 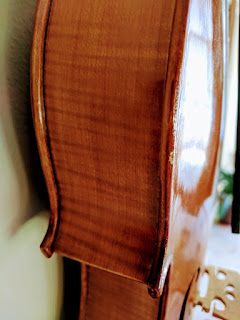 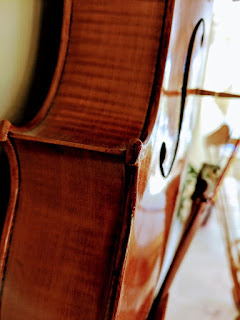 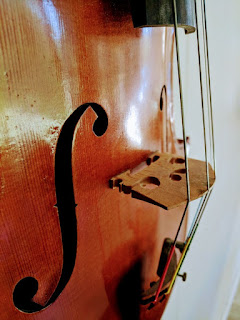 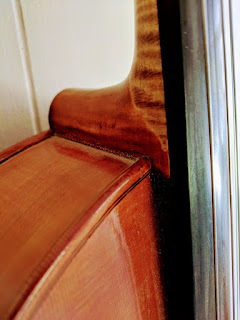 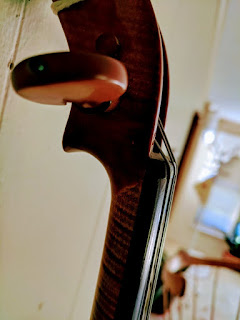 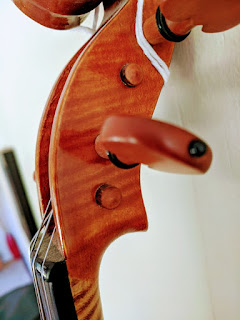 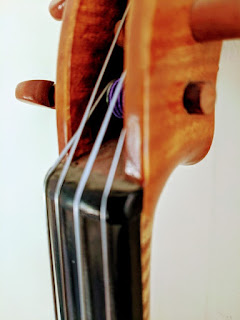 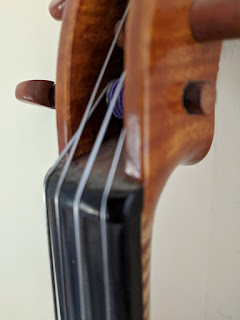 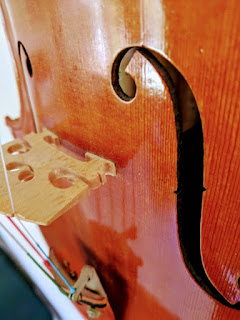 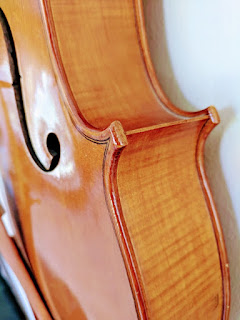 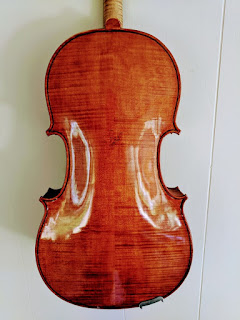 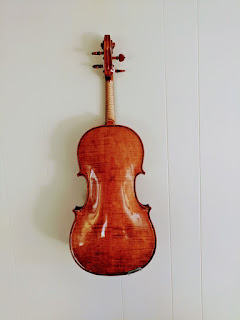 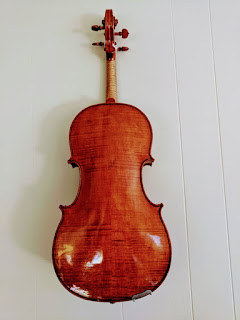 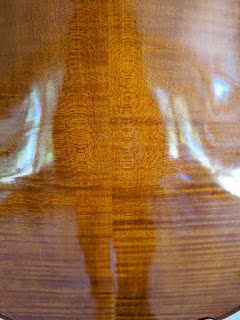 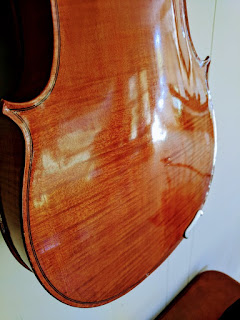 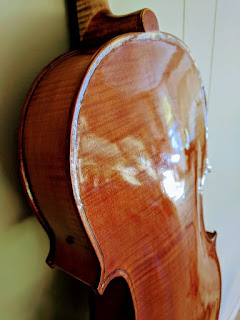 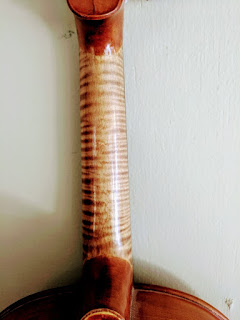 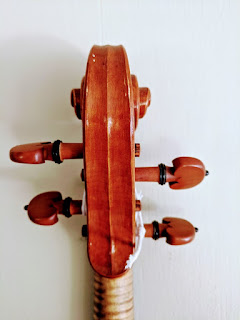