The Dance Music of the Middle Ages - Europe

The middle ages covers a period of a thousand years – and yet much of its music-making is a mystery to us. We’re not completely in the dark, though, so the aim of this article is to give a broad beginner’s guide to the principles of secular medieval music. When were the middle ages? How do we know what the music sounded like? What were the earliest surviving songs? What was its dance music like? Why does medieval music sound so different to today’s? How did medieval musicians harmonize?

When were the middle ages?

The mediaeval or medieval period, or the middle ages, covers a huge stretch of time, from A.D. 476, following the fall of the Roman Empire, to the start of the renaissance in the 14th and 15th centuries, so that’s around a thousand years. 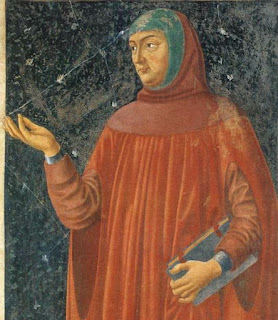 It was Italians of the 14th and 15th century, primarily Francesco Petrarca or Petrarch, Leonardo Bruni and Flavio Biondo, who defined themselves and their generation as bringing about a renaissance (rebirth) of classical Roman and Greek wisdom. Thus, for the people of the self-defined Italian renaissance who delineated the ‘middle ages’, the term meant precisely and explicitly the same as the ‘dark ages’: it was a whole millennium of cultural darkness in the middle period between the fall of the Roman Empire and Italian culture’s rediscovery of its treasures. The idea of this alleged rediscovery of classical Roman and Greek art and wisdom (it wasn’t quite so straightforward as that in reality) spread steadily through the nation before then spreading internationally through Europe. This gradual broadening of the idea makes it impossible to give a precise date for the end of the middle ages and the beginning of the renaissance, so a nominal latest date of around 1470 is often given.

The recovery of medieval music

Much of medieval secular music is a mystery. Most people were illiterate, therefore most music was not written down but passed on and learned by ear and so, of course, we’ve lost it. The music that was written down was most often church music as it was largely clergy and monastics who could write. This ecclesiastical music is important in itself, but its predominance in surviving manuscripts gives a partial view of music-making.

Medieval music is not immediately accessible for a modern musician. There were different systems of musical notation, none of which indicated precise rhythm until the 12th century. Square notation is now the best known system developed in this period, and once you know square notation some of the music is easy to read. At times, though, it wasn’t written very accurately, or was written with a poor pen and so had vague or indecipherable note values, which is adequate if you know what it’s supposed to sound like, which they did, but we don’t.

It is extremely rare for us to have any idea what the intended instrument was to accompany a voice (if at all) or to play for dances, so we have to make our own choices from the scant available information and our own sense of what sounds right.

But there are many treasure troves of medieval music. One of the most notable is the Cantigas de Santa María, a book with 420 songs in praise of the Virgin Mary, compiled during the reign of Alfonso X, “The Wise”, 1221-1284, who was King of eight regions in modern day Spain and one in Portugal. During his reign, Alfonso composed, compiled and edited a large number of books, with subjects ranging from art and literature to scientific texts translated into Castillian from the Arabic originals. The melodies of the Cantigas were adapted from sacred sources or popular melodies from both sides of the Pyrenees, including some derived from troubadour songs in Provençal and others that have striking affinities with Arab music. The book of Cantigas, compiled 1257–1283, is beautifully illustrated with pictures of musicians, giving us much information about the instruments of the day, and its music notation is admirably clear.

Often we find that subsequent sections of a dance grow longer, indicating something about the style of medieval dances.

But no dance instructions survive before the Gresley manuscript of c. 1500, found in Ashford, Derbyshire in 1984, so we know little about how medieval dances were performed and little about which instruments they were intended to be played on, so again we have to bring our own artistic and creative sense to bear, interpreting the clues found in iconography and brief scattered references in writing.